Alex Titus may be shorter, but I’m more of an Alexander

When I was growing up, my parents had all kinds of stories about why they named me Alexander rather than simply Alex Titus. It ranged from all the likely explanations a parent would give.

We wanted you to be like Alexander the Great…

Or often a favorite…

Our favorite show was Family Ties, so we named you after Alex P. Keaton…

My all time favorite, however, is the one that has stuck with me for as long as I can remember.

We want you to decide who you are. You can be “Alexander” the President, or “Al” the garbage man. But no matter what you decide, you need to be the best version of that person.

When I was young, I thought that last one was LAME. It wasn’t until I went to college that I realized that Alex was one of the most common names of my generation. When I joined the novice rowing team my Freshman year, there were eight Alex’s on the team. Yes, EIGHT, out of something like forty people. We could field a boat full of Alex, but it made for challenging directions.

It was that year that I decided that I wanted to be Alexander Titus. It took me all the way to graduating from college and moving away from my Freshman friends to be able to do it, but in the end, my professional identity became Alexander Titus. It’s funny though, how your friends and family show support. My friends just called me Titus, and my parents and sister called me Al. Strangers default to calling me Alex Titus, and I go around introducing myself as Alexander. I have to tell you, at this point, I have no idea who actually prefers to call me what!

One of the proudest moments in my quest to normalize my “strange” preference to be called Alexander Titus came right after I defended my PhD. My Dad, who had always called me a range of affectionately teasing names (e.g. Al, Albo, Alice, etc) came up to me immediately after I finished my thesis presentation and said:

I see why you are an Alexander. Your the best damn garbage man on the block!

Uh…thanks? 😀 That’s my Dad, always finding the best ways to give a compliment.

In the end, deciding who you are and how you want to represent yourself is no easy task. I happen to want to be Alexander, despite the “exhausting” amount of work it puts on people to say all those syllables. 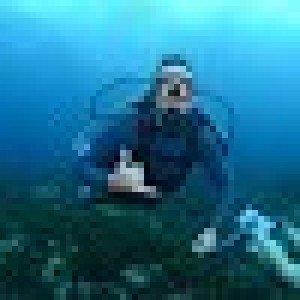 Alexander Titus is a technology leader focused on national security and public benefit. He has served as the Head of Biotechnology for the Department of Defense and was previously a Management Consultant at McKinsey & Company and a Data Scientist at Amazon and In-Q-Tel. Alexander is passionate about combining personal and professional adventure, and mixed in with his career have been stints of personal adventure, including a year traveling through Central America & Australia and a 3,000-mile bicycle ride from Northern Alaska to the Bay Area California. He is often lost in thought, or lost in the woods, sometimes both.

Alexander Titus 2019 // Views do not reflect the official policy or position of the Department of Defense or the U.S. Government.